HE WALKED FOR SIX HOURS 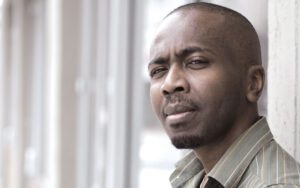 Seth played professional baseball until he suffered a career-ending injury. To provide for his family, he took a sales job with a Fortune 500 company. The long hours and intense pressure were too much for him.

“I started taking amphetamines,” Seth said. “I knew it was wrong, but the hours were so long, it was the only way to stay awake. I needed to take care of my wife, my son and my daughter, who has cerebral palsy and is in a wheelchair.”

A few years later when the economy dropped, Seth lost his job. By that time he was so addicted, he couldn’t stop using. The lies ate away at his marriage until his wife divorced him.

Seth was left all alone, sleeping in his car. He stopped eating. His skin hung loosely off his 6’ 7” frame.

On Christmas morning, Seth knew he had to get help. He walked six hours in shorts and a t-shirt to his ex-wife’s house. His family took one look at him and knew he was in bad shape. They asked him to stay the night and the next morning he confessed his addiction and asked if they would help him. They contacted CityTeam and got Seth enrolled in our life transformation program.

Giving Back
After Seth has completed the program, he wants to stay at CityTeam as an intern so he can help others suffering from their addictions.

“I love the service industry. I love helping people.” Seth said. “Just to be serving people who don’t have or get enough. Sharing the help and hope that CityTeam showed me. It’s work, but it’s God’s work.”